Showing posts from September, 2015
Show All

Reparations from Britain to Jamaica, justice, righteousness and responsibility

September 29, 2015
Today the British Prime Minister, David Cameron, arrives in Jamaica for a short visit, where he will hold talks about trade, and lay wreaths in honour of the war dead. In 2013 the Jamaican government approved a motion to call for reparations from the British government following the affects of slavery, empire and massacres. There is some doubt that this will be part of the conversations he has on this visit. It's important that the issue is raised, and given proper time and discussion. There will be many who say that the past is the past, that saying sorry is meaningless now, and that any reparations are really the Jamaican govt trying to extract some extra finance from what remains of the once great empire. To think this way is to deny certain realities. The legacy of slavery in the UK is seen in the industrial advantage that was won, and still to a large extent remains today. Slavery meant great wealth was then reinvested in other industries which in turn thrived, and con
Post a Comment
Read more

Responding to the mass movement of people through Europe

September 06, 2015
Today in church we considered some of the ways we might respond to the current situation that is filling news broadcasts and publications; the mass movement of refugees, asylum seekers and economic migrants through Europe, the largest movement of people on this continent since World War 2. Here I reproduce a handout we gave to church, and include links to agencies you might consider supporting, and also a video from Krish Kandiah of Home for Good. You'll see that I add a little detail to his 5 suggestions then add a sixth too. If you would like to add further ideas in the comments section, I'd be pleased to read them, thanks. Refugee crisis : an urgent call to action from Home for Good on Vimeo . Responding to the mass movement of refugees, asylum seekers and migrant people 1.        Pray a.        For the protection of families and individuals taking desperate measures to flee war and persecution b.       For safety for those who are economic migrants, se
Post a Comment
Read more 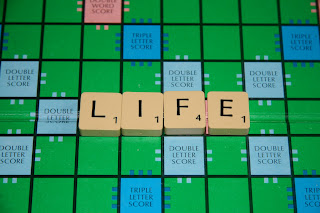 The Assisted Dying bill will come before parliament again soon. It has been put forward by Rob Marris, MP for Wolverhampton South West. We respect the great work he has done as a constituency MP in his previous term of office, congratulate him on his recent return to parliament, and rejoice in his close connection to us as individuals, churches and a network. Nevertheless, as ministers and churches in the city that Rob Marris represents we felt we needed to make some kind of response to the issues raised by this bill, and the threat we see in it to some of the more vulnerable members of society who may find themselves the unintended victims of its consequences. Below is the text of an open letter we have addressed to Rob, along with the current list of signatories. Other Wolverhampton Ministers wishing to sign can comment below, with the name of their church and I will add them. An open letter to Rob Marris in response to his Private Member’s Bill on Physician Assisted
Post a Comment
Read more
More posts