Disasters Emergency Appeal for the Democratic Republic of Congo 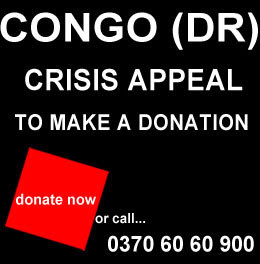 Please support this latest appeal by the DEC, phone the number above or click on this link.

Please, just do it now.

You can find out more here.
Posted by Jonathan at 10:33 pm No comments:

Review of "The Shack"

I was loaned a copy of The Shack by William P Young recently.

Over the course of the last few weeks I've been reading it as spare time allows, and finished it this week.

So, what to make of it, and it's popularity? Well, in reply to a friend who asked for a quick response I penned this:

It's not entirely without merit, and there were some interesting thoughts that caused a few moments reflection. I did, however, find it quite sentimental.

I guess if you imagine putting "The Road Less Travelled", "The Celestine Prophecy", "The Search for Significance" and "A New Kind of Christian" into a blender and whizzed "The Shack" is what might result.

It's a good story, and it does involve and pull the reader in and along, but I'm not sure it's saying anything that an up-to-date reader of contemporary Christian thinking would have read better elsewhere.

Oh, and it has, in my opinion, a few quite dubious theological assertions.

But simply because so many folks in churches are reading it, it's worth the read so I could comment.

I'm not sure that does complete justice to the book, and I've had a few more days to reflect on it since.

One of the things I think the book does well, is take a reader on a journey from a fairly traditional understanding of God's nature towards something more open, gracious, generous even. And so, if it counters a popular image of the stern rule-maker looking for reasons to smite sinners that can only be good.

I enjoyed the personification of God the Father as a black woman, however, felt that the explanation of the inter-relatedness of trinity missed the mark. It's the difficulty of reconciling one God and three persons - they were, simply, too independant, like three individual beings who had chosen to be together, rather than one being. Maybe I'm making too much of that.

I also disliked the sentimentality that the book is shot through with, the first time I read "I'm especially fond of him" I smiled, but the continued use just felt awkward and obvious.

Then onto more difficult issues. The tragedy of the daughter was, to be frank, a crude use of human emotion - it didn't work for me as a journey through pain with the help of a loving Father, and went nowhere near offering an explanation for the events. It was there only to evoke emotion. And in the most base and clumsy way. It seemed to me that Young's portrayal of God was prepared to bend over backwards to make Mac have a clearer understanding of everything in the universe (literally at one point opening up a new view on creation) yet this God never dealt with the one key issue that Mac had, instead making the pain simply disappear. A theological hurdle too far perhaps?

I'm not expecting a novel to answer the problem of human suffering - far from it. But this novel seemed to want to - then didn't, and in its portrayal of a God who seemed to want to reveal so much - this was a very obvious gap. Young might have been better to have tried to explain less, and then leaving this one obvious area unanswered would have stood out less perhaps.

I'd also want to ask questions about a few other things. Does God really have no expectations of us? Micah 6:8, Isaiah 58 and Matthew chapters 5-7 and 25 might suggest otherwise.

Lastly, the bridging of an unbridgeable chasm - contact between the living and the dead - raises other issues about the underlying theologies present here. It works very neatly in the book - quite a tear-jerker of a moment - but where does it leave the book theologically, or lead the reader spiritually?

So, all in all, worth the read? Well, it's a good story, if a little too sentimental for this reader's tastes, and so many are reading and talking about it that it makes it worth borrowing a copy to read for oneself (and thankfully takes a lot less time than a similar exercise with The Da Vinci Code). But the reader ought to not cast off critical thought and reflection before re-shaping any thoughts about God, his purposes and dealings with human beings.
Posted by Jonathan at 10:35 am 4 comments:

A great, haunting and moving sound, with a vid that plays with expectations and prejudice - I'm wondering if there's a place to use this over Advent.

Cutting through the stereotypes

As I watch coverage of the US election I am continually alarmed at the way the american public is stereotyped as middle-class liberals who support Obama, or big business and working class patriots supporting McCain. Add to this mix perceptions around sex and race, and this campaign has at times revealed an ugly underbelly of people's perceptions (as well as the reality) around voting motivations.

This morning I found this article from the BBC's website.

Matthew Price has been following the McCain campaign and came across "Cupcake" an "unusual" Obama supporter.

May God use videos like this to prevent us from falling into the trap of assuming we know about people by the way they look or sound!
Posted by Jonathan at 8:12 am No comments: