Showing posts from October, 2008
Show All

October 13, 2008
I'm copying below the contents of a letter sent on behalf of a group of bloggers (of which I am part), who are concerned at the treatment of David Walker. It's an issue that raises many questions about free speech, fair comment, and the censorship of blogs, bloggers everywhere ought to be concerned. Here's a quote from the group's facebook page outling things briefly. On 22nd July cartoonist Dave Walker was issued with a 'cease and desist' notice from SSG, giving him just a few hours to remove all posts about SPCK/SSG from his Cartoon Church blog, or face libel action. Dave complied with the request, though the posts contained nothing libellous. 2 other bloggers were issued with 'Cease and Desist' notices: one on the same day as Dave (Phil Grooms SSG/SPCK blog), another the day after for republishing some of Dave's posts (Sam Norton). Both have disputed the claims in the letters, and have not taken down any blog posts. So far, the threatened respo
Post a Comment
Read more

ASBO Jesus hits the nail on the head 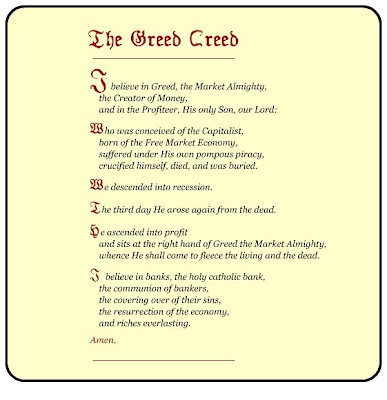 Check out the link to The Ongoing Adventures of ASBO Jesus on the left there... Brilliant stuff Jon, and I'm pleased to reproduce it here.
Post a Comment
Read more
More posts