In July last year, in partnership with West Midlands Police and Word 4 Weapons we unveiled a knife surrender bin on the church premises, you can read a report about it here.

At the time there were many voices who told us it was a gimmick, that it had no chance of working, that people would not surrender knives.

We have now opened the bin for the first time, and after removing litter we discovered approximately 30 weapons, including two guns, a twin-bladed knuckle duster, a particularly gruesome ring with a blade attachment, and many knives of a variety of sizes.

30 weapons off the streets!

You can read a report about the weapons surrendered in our area here.

Here are the pictures from our knife surrender bin 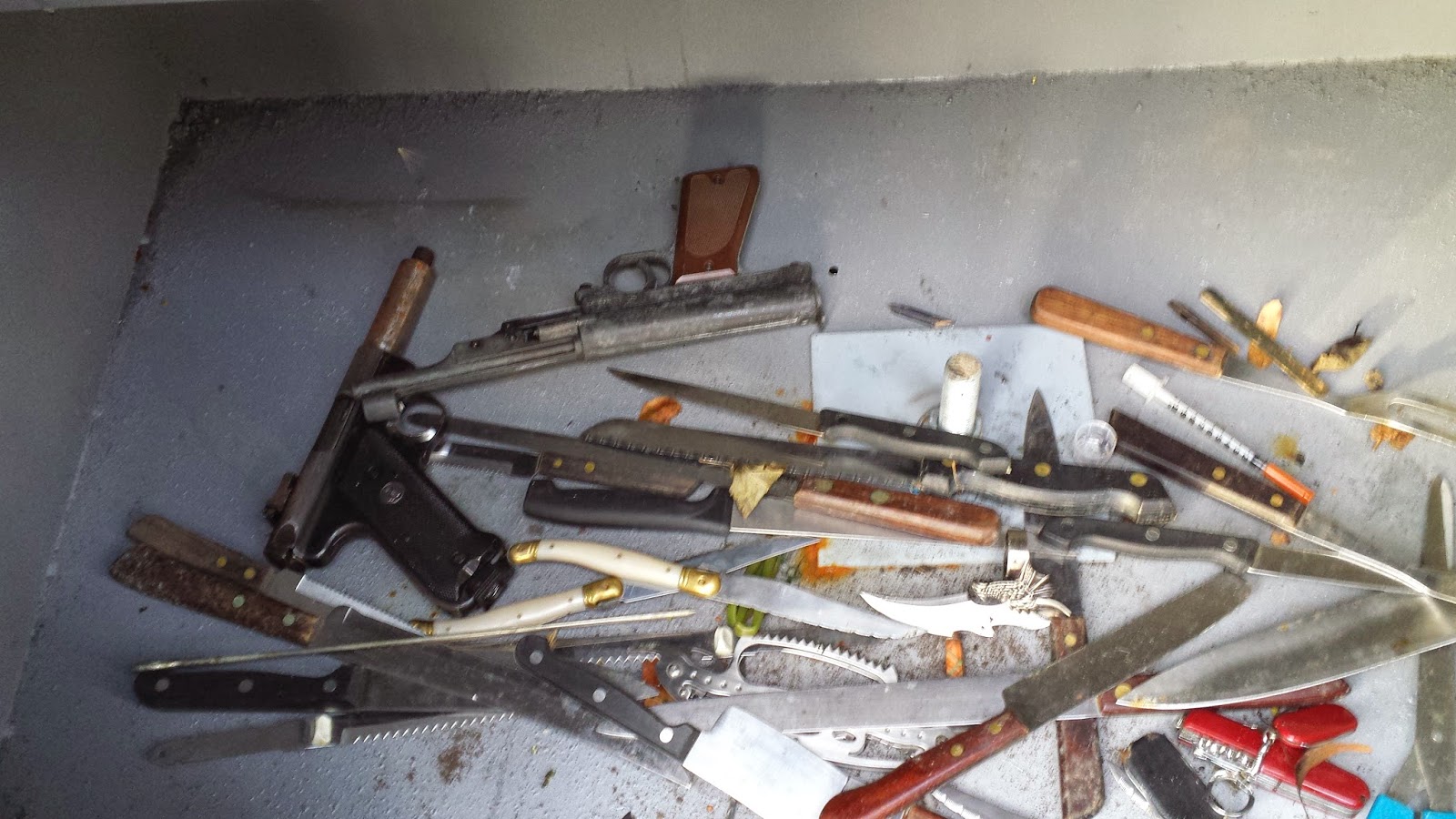 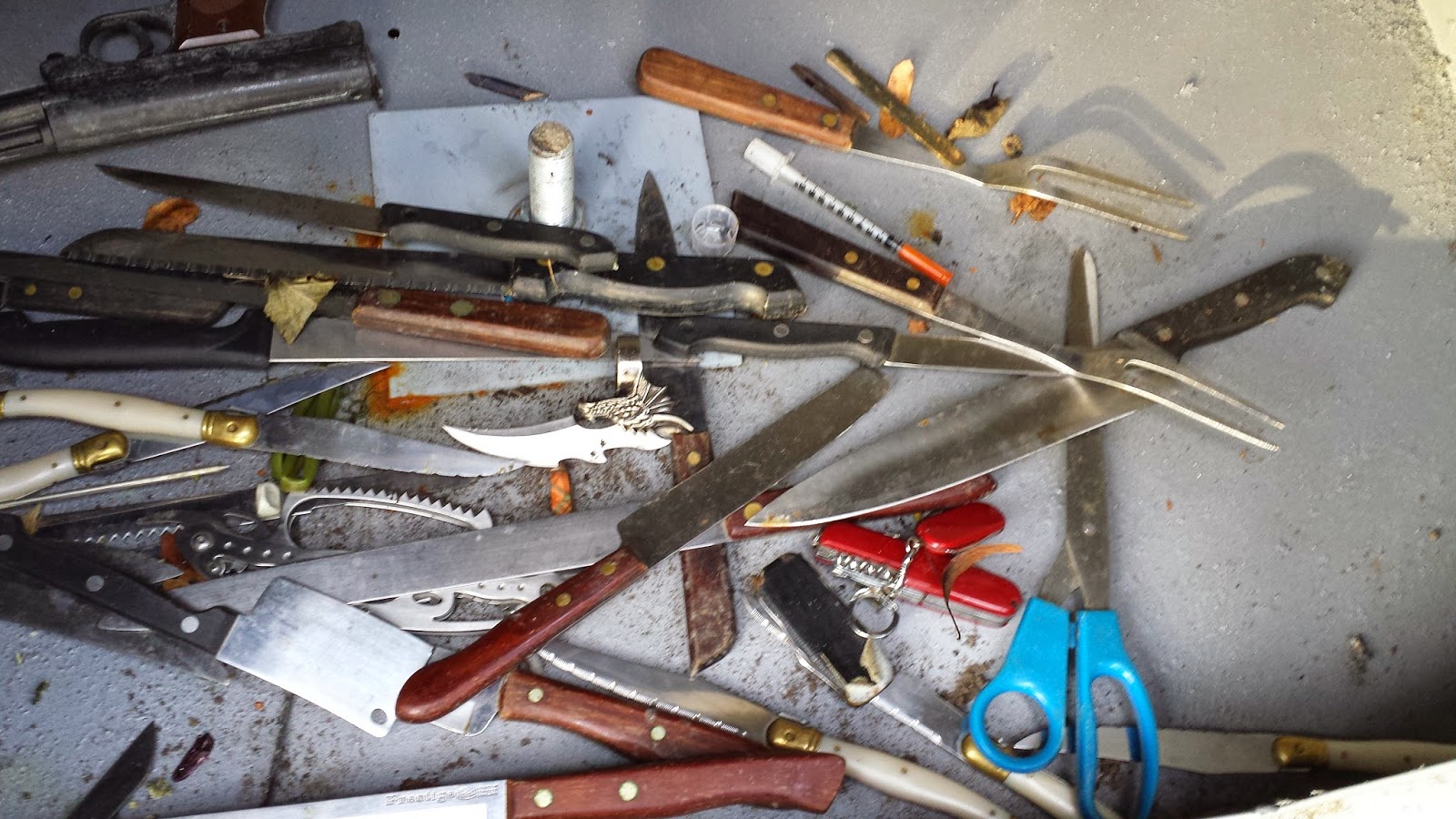 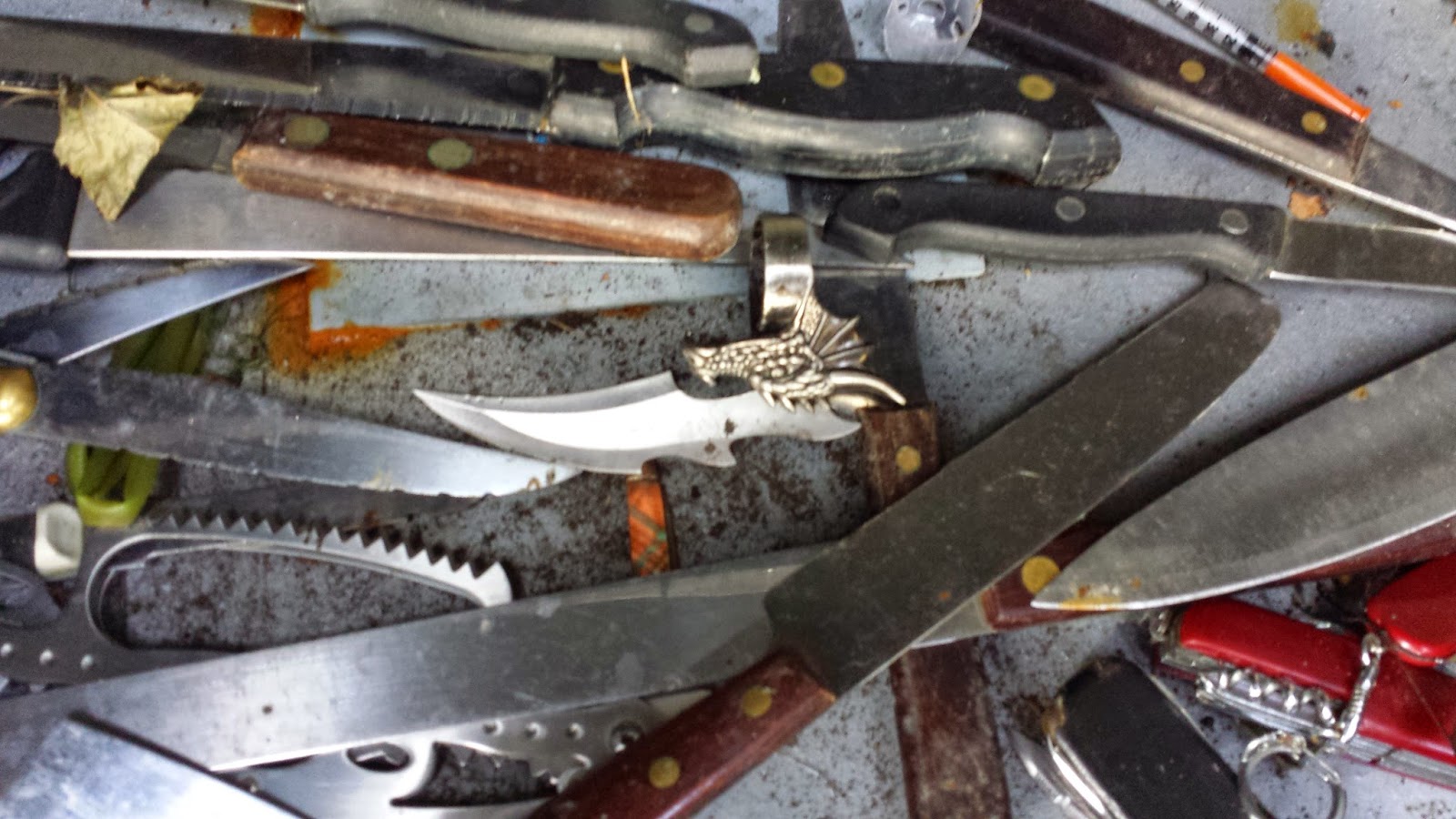 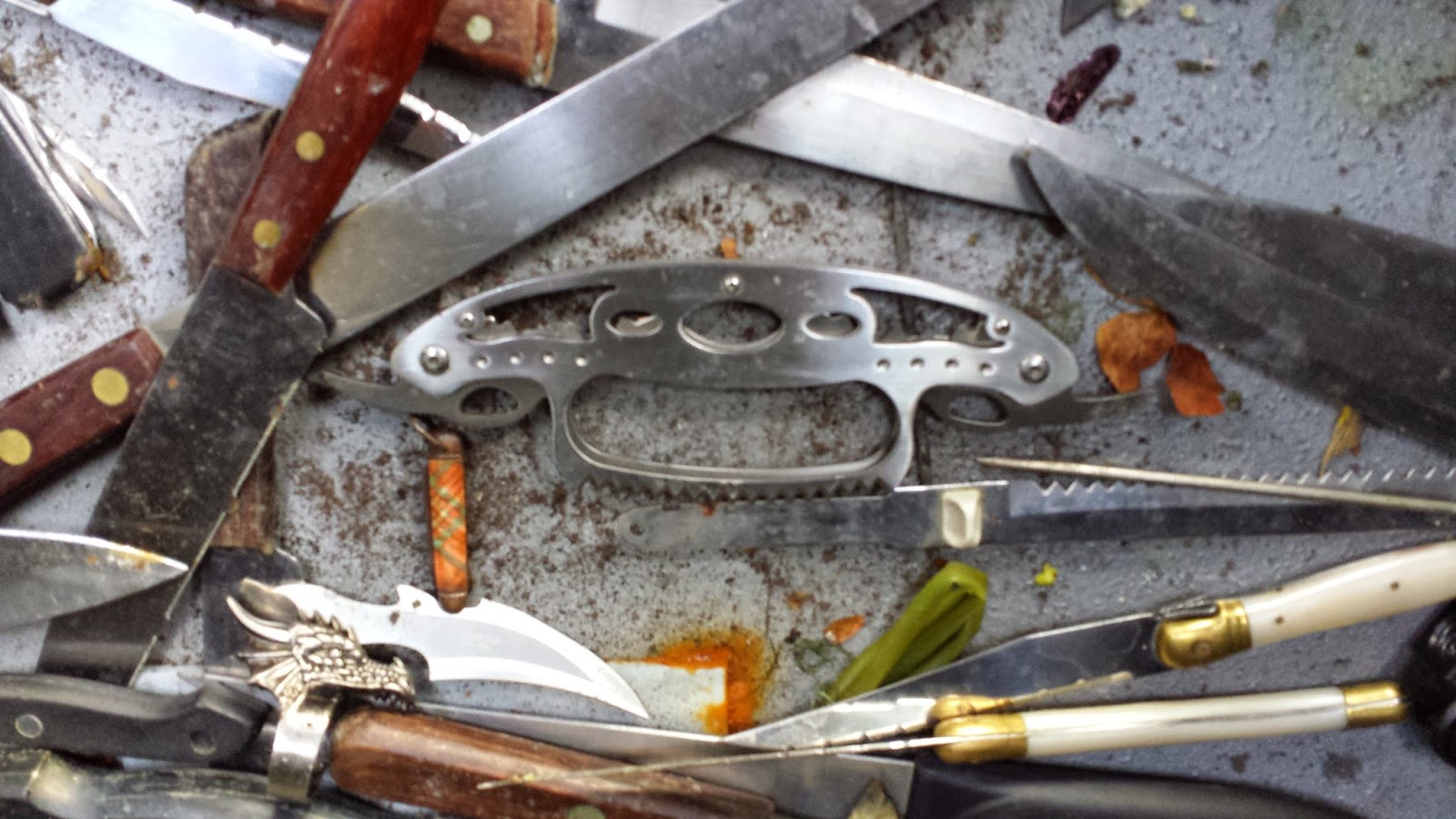 Posted by Jonathan at 3:28 pm No comments: