Every week I lead a class for small group of people who are recent followers of Jesus. We use some excellent material from All Nations college (SEAN Courses) that I highly recommend.

The group meets at the home of an Iranian family, who are part of our church, and this week, instead of our usual study, we celebrated together the Iranian New Year (Nowruz).

Part of this celebration is to look at the Haft Sin table, a place where seven items that begin with the letter S (Sin in Farsi) and have symbolic meaning are placed.

Here is their Haft Sin table: 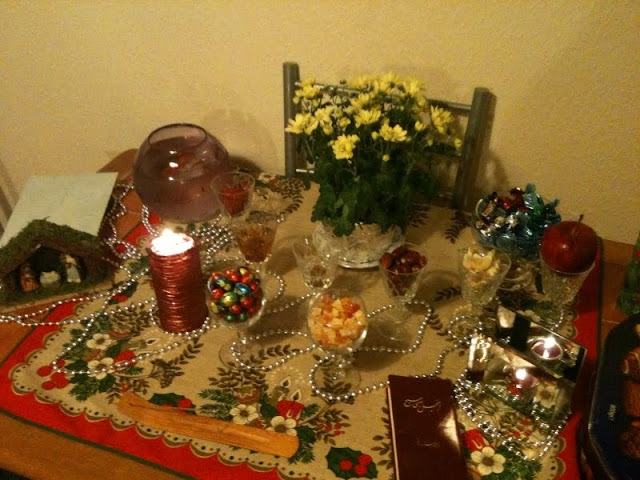 On this table you can see several items, each with a symbolic meaning. For the Christian couple these are used prayerfully at the start of the year to ask God's blessing in key areas.


The traditional Haft Sīn items are:
Alongside these items (all here except the sabzeh and the samanu) are candles with a prayer for enlightenment, eggs (much the same symbolism as an Easter egg), a goldfish (which is released into freedom at the end of the 13 days of festivities), and a Bible.
National poets are read, especially the Divan of Hafez and Rumi. Rumi and Hafez are famous poets, I'm a little embarrassed to write that this was the first time I'd read them.
It was a lovely relaxed couple of hours, with us learning more in one evening about Iranian culture than we had done in the ten weeks of class preceding it. What spoke to me most was the idea of placing our prayers in a prominent place, these symbols of things to be prayed for, a constant physical reminder during that new year period. So much more interactive (and tasty) than a list on a piece of paper - so much more present the hopes and dreams for the year ahead.  I think this December/January we as a church might be exploring this a way of praying into the New Year.
Posted by Jonathan at 2:02 pm 2 comments:

David Kerrigan reflects on Baptists and Women in ministry

The following article is reproduced with kind permission of David Kerrigan from his blog Thinking Mission. David is General Director of BMS World Mission, and I reproduce this as I consider it an excellent statement and reflection from a Baptist leader.

the limits of dissent [A personal view - not an official account - of one aspect of Baptist Union Council this week.]

I returned from BU Council on Wednesday, feeling that this had been three days well spent. Recent Councils have been excellent in grappling with substantial issues in ways that restore your confidence in the principle of the gathered community discerning the mind of Christ under the guidance of the Holy Spirit. I commented on this in relation to last November’s Council here.

These last three days have had a major focus on “Women in Leadership among the churches of the Baptist Union of Great Britain”. This wasn’t a debate about whether women can exercise ministerial leadership. That was established back in the 1920s and affirmed many times since. Nonetheless we were ably led by both women and men into an understanding of some of the attitudes women encounter when they explore a leadership calling, not least to pastoral ministry itself. And we engaged with a wise, theological understanding of Paul’s overarching ‘grand vision’ as exemplified by Galatians 3:28 as well as his need to attend to immediate realities occasioned, for instance, by hitherto uneducated women speaking up in worshipping communities.

As you would expect, there were a range of views expressed, though with the vast majority supportive of the ’s long-held support for women in leadership in all roles.

But it wasn’t theological pressure that brought this issue to Council but the continuing discrimination experienced by women exploring or undertaking leadership roles, especially as ministers. And so, fittingly, it was the pain of women’s experiences brought into the open by their story-telling that shaped the character of Council’s listening. Their stories at times made me ashamed to be a man knowing that men in our churches could be so offensive, so hurtful and at times so misogynistic.

And so Council, it seemed to me, was clearly of a mind to say enough is enough. Things must change. And that is a challenge to all of us, not least those of us in denominational leadership.

But then comes the question of how we handle those who dissent, some out of biblical conviction, others out of ignorance, some out of prejudice.

Whilst Baptists would never wish to stifle dissent, nor act punitively towards those who do so, there was a courageous recognition that whilst there is a place for conscientious dissent, this must never, ever occasion the kind of hurts that were recounted this week. Further,prejudice masquerading as dissent could no longer be tolerated.

There was a tacit understanding that as a Baptist people we have made our position clear. Our forebears believed they had discerned the mind of Christ on this matter many years ago (at a time when women’s justice was hardly a popular cause). That conviction has been reaffirmed over the years and now again in March 2010. There should be no barriers to women exercising leadership in our churches.

It follows therefore that even those who dissent on grounds of biblical conviction have to understand that they do so over and against the conviction of the gathered community. Of course, there are examples in history where the majority have been wrong, and this mantra will be trotted out. But this is significantly deeper than ‘a mere majority vote.’ This is men and women from our Baptist family, over many generations, set apart for a purpose, devoting themselves to listening, praying and discerning, and together we have again and again arrived at the same position.

Those who dissent on biblical grounds must understand that this is not the position of the family of which they are a part.

And anyone exhibiting the kind of ‘blind prejudice’ illustrated above is behaving in a way that, let it be understood, is completely unacceptable among us.

No woman within our Baptist family, called and gifted for leadership, should have that calling stifled. 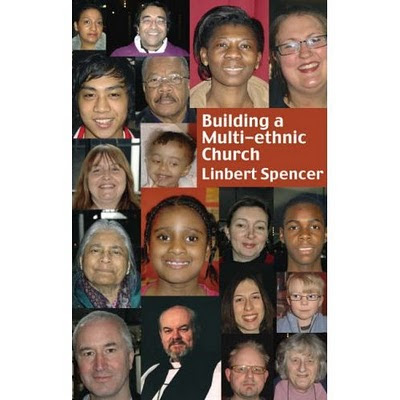 Following recent European election wins for the BNP, the mini-pogrom against Romanian immigrants in Northern Ireland last year, and concerns about immigration issues and the increased appearance of the BNP this comes as a timely read.

Posted by Jonathan at 2:36 pm No comments: 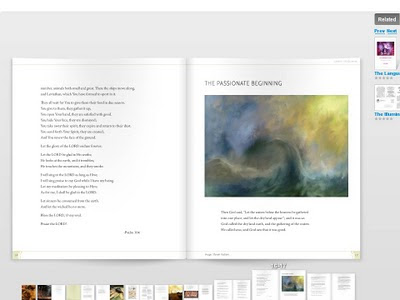 John Drane (over on 2churchmice's blog) has linked to this excellent online resource. It's called "Awaken the Spirit" and is being released over a period of time. It's a great way of exploring and entering into the scriptures, and well worth a look.
Posted by Jonathan at 2:32 pm 1 comment: